Iceland has become one of the world's coolest travel destinations. There’s never a bad time to visit this Nordic island nation. Contrary to its name, Iceland has a relatively green landscape, albeit full of national parks, volcanoes, lava fields and hot springs.

Unlike that of its frigid neighbor Greenland, Iceland’s climate is characterized by damp, cool summers and mild but windy winters. By far the most popular times to travel here are June through August, when there are 24 hours of Arctic sun. September through October is an alluring time too, when tourist traffic has died down.

From the Blue Lagoon and Viking history in Reykjavik to the national parks in Skaftafell, here are your must-visits.

Iceland’s capital is its largest city and by far the most frequently visited. With a population of 123,000, this is one of the greenest, cleanest and safest cities in the world. Although it’s relatively small, Reykjavik’s culture and eventful celebrations attract people from across the world.

When it comes to accommodations, Airbnb is easily the most favored option for travelers, though the city also is home to incredibly luxe hotels.

If a hotel experience better suits you, the 101 Hotel aims to impress. This art-focused, 38-room establishment offers a modern stay. Contemporary furnishings and a collection of local artwork are regularly on display. After spending the day touring the city, guests can relax with a basement gym, spa with steam bath, plunge pool and hot tub. In-room spa treatments are available as well.

The Reykjavik Marina Residence offers seven plush suites inside two historic refurbished houses. The modern rooms, each named after an Icelandic ship, feature antique and contemporary furnishings complemented by an old-century style. Expect sea views and a minibar with Icelandic snacks and organic toiletries. This stay is for those who appreciate history as much as design.

The Alda Hotel, which opened in 2014, is located on the main shopping street, Laugavegur. Upscale yet modestly priced, this is a hub for locals who gather for drinks in the Barber Bar in the lobby. The minimalist space features a simple design, with a color scheme of white, gray and the occasional pop of red. Because it’s located in the center of the city, there’s much to do within walking distance of the hotel. 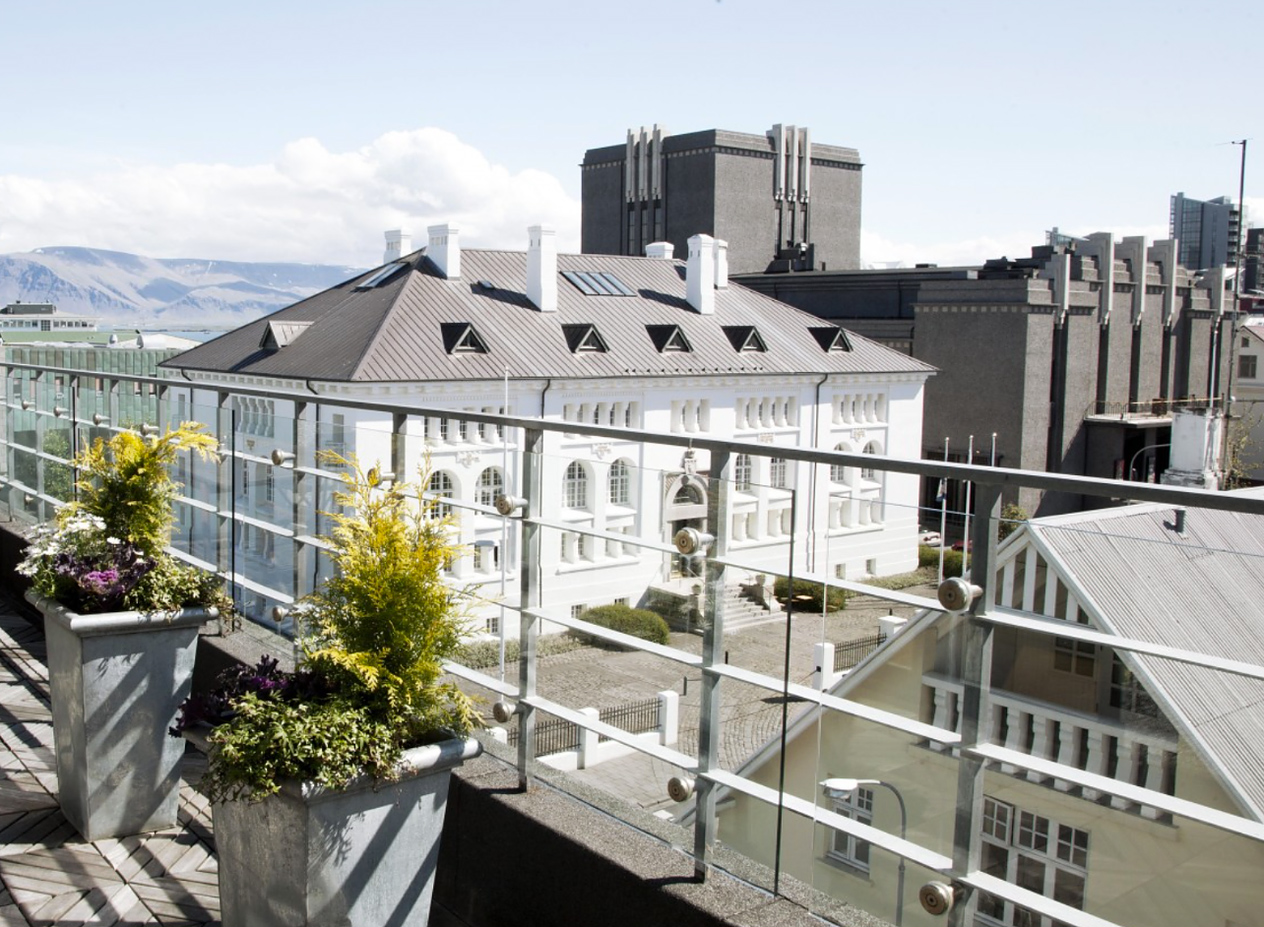 Although Iceland has become increasingly popular with U.S. travelers, don’t expect the restaurants to be fully Americanized. Mostly on the menu is seafood, including whale and shark dishes, as well as savory sides washed down with potent shots of hooch.

On the pricey side, DILL Restaurant’s Northern European fare delights the senses. Located in Nordic House, one of Reykjavik’s premier cultural venues, here guests can experience Chef Gunnar Karl Gislason’s creative dishes. Classic Nordic ingredients with a twist, such as meatballs and plokkfiskur (a hearty fish stew), are staples, but the menu changes weekly with three, five and seven courses available.

If you want the best Icelandic fish, look no further than Fiskmarka›urinn, or Fish Market, which stays true to Icelandic culinary staples such as seafood, lamb and local dairy, but served with an Asian twist. There’s a nine-course tasting menu available, featuring dishes like scallop sashimi, salmon maki and salt cod. If you’re in a rush, the à la carte menu is nothing short of amazing.

A local staple, Vid Tjörnina is an old and charming restaurant specializing in, you guessed it, seafood. Opened in 1986, it’s still owned by the family who founded it. Classic Icelandic recipes are served, so if you’re up for the challenge, you can indulge in fermented shark meat, Icelandic lamb fillet or skyr. There’s rarely an empty seat, as this is one of the city’s most frequented dining spots.

Reykjavik is home to the famous Blue Lagoon geothermal spa which has taken social media by storm. Located in a lava field in Grindavík on the Reykjanes Peninsula in southwestern Iceland, the silica and sulfur-heavy water boasts skin benefits and is ideal for enjoying picturesque scenery.

One of the city’s most impressive structures is Hallgrimskirkja, a church situated at the city’s highest point. Built between 1941 and 1986, this is the city’s stab at nationalist architecture. The can’t-miss destination is important, as it is one of Iceland’s more modern design focused structures. While touring cultural landmarks, don’t forget to stop in the Viking Maritime Museum to learn about Iceland’s rich history.

Travelers will love the culturally rich art and music scene of Reykjavik. Over the years, the city has garnered international recognition as a creative hub for visual artists. Gallerí Fold has earned its reputation since 1990 as Iceland’s leading exhibition and auction house. Art enthusiasts can enjoy works from Iceland’s most talented artists, such as Harry Bilson, whose work was chosen to represent Art Copenhagen in 2013.

Kling & Bang is another gallery known for highlighting emerging and established artists with thought-provoking pieces in a variety of media. Started by 10 artists of different backgrounds, the mission of the space is “to introduce emerging and established, national and international artists and their works, that challenge the context and content of creative thinking.” 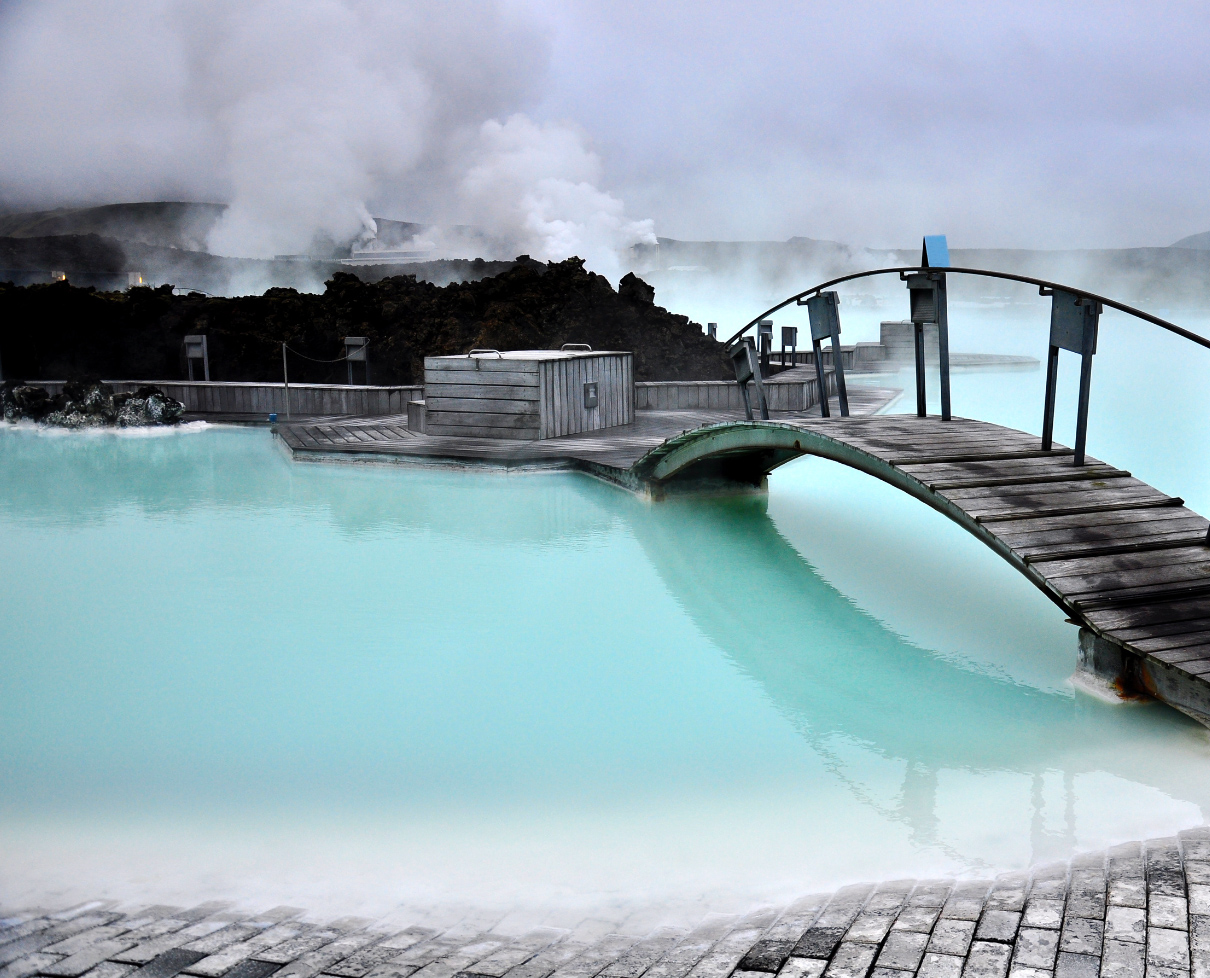 The famous Blue Lagoon in Reykjavik is known for its warm blue water and healing minerals.

You’ll feel as if you entered Jurassic Park when you visit Skaftafell, the preservation area in Öræfi in southeast Iceland, part of Vatnajökull National Park. Spanning more than 12,000 kilometers, this is home to some of Iceland’s most exquisite landscapes.

Skaftafell National Park welcomes travelers of all hiking levels to the expansive terrain, glaciers and volcanoes. The preservation area has geography similar to that of the Alps and has been naturally scarred by both fire and water (volcanoes and glaciers). Campsites are available throughout the national park.

This remote seafront village in southernmost Iceland is a far cry from bustling Reykjavik. Located 110 miles south of the capital city, the modest town sits in the shadow of the Mýrdalsj.kull glacier, which lies directly atop the Katla volcano. Víkí Mýrdal has a little more than 300 residents, but it’s a picturesque stop as you travel across the country.

Visitors will love the black basalt sand beaches, one of the wettest places in Iceland, and their most popular inhabitant, the puffin. Vík í Mýrdal is the country’s warmest place with an average annual temperature of 41.5 degrees Fahrenheit. Despite short, cool summers and cold (but not severe) winters, it has the heaviest rainfall in the country. 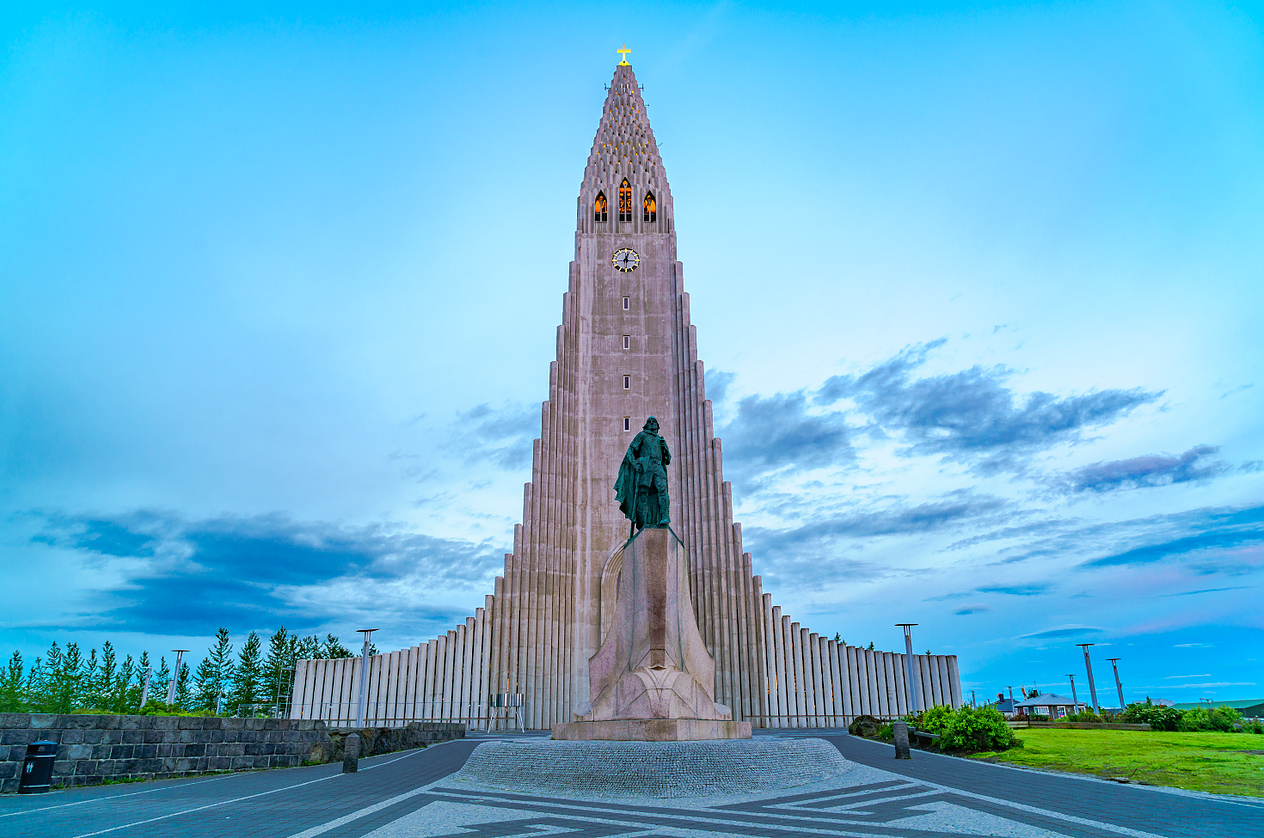 Hallgrimskirkja is Reykjavik's main church with a nationalist architecture design.

As the largest town in northeast Iceland, Húsavík is a great destination for those seeking a cultural narrative of the country. This is the site of the first settlement in Iceland, when a viking visitor came for a winter and then left behind a man and two slaves who established a farm. The most important structure is the wooden church, renowned as one of the country’s prime locations for whale watching. Be sure to visit the Húsavík Whale Museum and take in the city’s rich Viking history, just two more reasons why Iceland is a nature and history buff’s paradise.